Office of the State Auditor 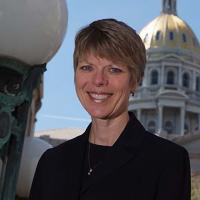 As Colorado's State Auditor, Dianne E. Ray is responsible for overseeing independent audits and reviews that hold government agencies accountable and promote positive change in government. As head of the Office of the State Auditor (OSA), Dianne leads a staff of experienced professionals who conduct performance, financial, and IT audits and evaluations and track independent audits of local governments in the state. Under Dianne’s leadership as State Auditor, the Office has received 14 national awards for audits and evaluations.

Dianne was first unanimously appointed by the General Assembly to the position of State Auditor in May 2011 for a five year term and was unanimously reappointed in April 2016 for an additional five years. She has specialized in governmental accounting and auditing for more than 25 years. Dianne possesses in-depth knowledge of Colorado's state and local governments.

Dianne has extensive experience in senior-level management positions and has been recognized for her innovative leadership style. In 2012, the Colorado Society of Certified Public Accountants and the American Institute of Certified Public Accountants named Dianne as one of three “Women to Watch” in the Experienced Leader category. In May 2015, the University of Colorado-Denver's School of Public Affairs awarded Dianne the 2015 Leo Reithmeyer Award for the Top Public Administrator in Colorado. In August 2016, the President of the National Association of State Auditors, Controllers, and Treasurers named Dianne as recipient of the annual President's Award.

Dianne served as the President of the National State Auditors Association for the 2015-2016 term. Dianne is also a member of the Board of the Colorado Housing and Finance Authority, Chair of the Audit Committee, and former Board Chair.

Prior to becoming the State Auditor, Dianne served as the OSA’s Deputy State Auditor primarily responsible for the financial audit of the State of Colorado. Dianne began her career at the OSA in 2002 as Director of the Local Government Audit Division. Prior to joining the OSA, Dianne worked in local governments for 15 years, including as Director of Finance and Administration for the City of Louisville, Colorado.

Dianne holds a Bachelor of Science degree in Accounting from Arizona State University and a Master of Public Administration degree from the University of Colorado. She is a licensed Certified Public Accountant in Colorado and Arizona. 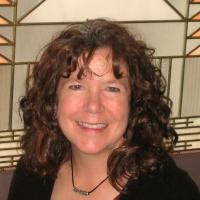 Monica Bowers is the Deputy State Auditor responsible for overseeing the Colorado Office of the State Auditor’s (OSA) performance audits, which focus on reducing costs, increasing efficiency, and improving the quality of services. Monica leads a team of experienced professionals who conduct audits addressing issues that are relevant and meaningful to members of the public and General Assembly. As a member of the OSA’s executive management team, Monica is also responsible for overseeing the OSA’s human resources function and other administrative operations. With more than 25 years of experience at the OSA, Monica possesses significant institutional knowledge and expertise in state government operations.

Prior to her appointment as Deputy State Auditor in 2011, Monica served as an Audit Manager and oversaw numerous performance audits at agencies including Pinnacol Assurance, the University of Colorado, the Department of Education, the Department of Human Services, and the Department of Health Care Policy and Financing. Throughout her career at the OSA, Monica has dedicated herself to making a difference for the people of Colorado by holding government agencies accountable and promoting positive change in government. Monica also worked as a policy analyst at the Colorado Department of Health Care Policy and Financing and served on the governing board of the Colorado State Managers’ Association. She holds a Bachelor of Science degree in accounting from the University of Denver. 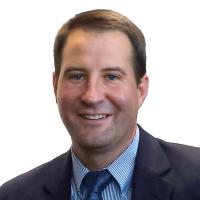 Matt Devlin is the Deputy State Auditor at the Colorado Office of the State Auditor (OSA), primarily responsible for overseeing complex, value-added IT audits in the State of Colorado. In addition, Matt is responsible for overseeing the OSA’s IT audit strategy and plans, report writing and communications, and the OSA's IT infrastructure. With extensive experience in IT, audit, and management, Matt has established himself as an innovative leader of high-quality, objective audits and reviews.

Prior to appointment as Deputy State Auditor, Matt served as IT audit manager at the University of Colorado (CU). In this position, he was responsible for overseeing the IT audit function across the various CU campuses and system administration. Previous to this, Matt spent time working in various IT audit, risk, compliance, and advisory roles at First Data Corporation, Quantum Corporation, PricewaterhouseCoopers, and KPMG.

Matt is active and participates in various professional organizations, including the National State Auditors Association, Information Systems Audit and Control Association, Information Systems Security Association, and the Institute of Internal Auditors. Matt also participates in an advisory capacity on the Colorado Cybersecurity Council pursuant to House Bill 16-14. Matt holds a Bachelor of Science degree in biology from Kansas State University and a Master of Science degree in management information systems from the University of Nebraska at Omaha. Matt is a certified information systems auditor (CISA) and a certified information security manager (CISM). 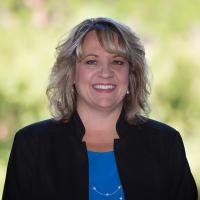 Kerri Hunter is the Deputy State Auditor responsible for overseeing the Colorado Office of the State Auditor’s (OSA) financial audits, including the State’s annual federal Single Audit and statewide financial audit covering nearly $35.7 billion in assets for Fiscal Year 2015. As a member of the OSA’s executive management team, Kerri also oversees the OSA’s Local Government Audit Division, quality assurance program, and internal and external peer review processes. In addition, Kerri is responsible for the OSA’s financial operations, including the accounting, budgeting, contracting, and financial reporting functions. With more than 20 years of governmental auditing experience at the OSA, Kerri has dedicated her career to making a difference for the people of Colorado. She is highly regarded as a subject matter expert in internal control and audit areas, including the federal Single Audit Act requirements, the American Institute of Certified Public Accountants and Governmental Accounting Standards Board standards, and generally accepted government auditing standards.

Prior to her appointment as Deputy State Auditor 2011, Kerri served as the Audit Manager responsible for managing day-to-day activities related to conducting the federal Single Audit and statewide financial audit. During her tenure at the OSA, Kerri also supervised financial and compliance audits of the Colorado Department of Human Services and monitored large contract audits of the Colorado Department of Health Care Policy and Financing and the Colorado Benefits Management System.