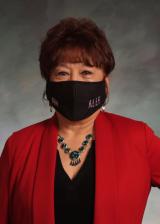 Issue Briefs
Restrictions on Natural Gas Use in Buildings (20-17)
Issue Briefs
Overview of Minimum Wage Laws (19-18)
Issue Briefs
The Colorado Economic Development Commission (20-28)
Email addresses for the Colorado legislature have changed from the @state.co.us domain to the @coleg.gov domain on December 1, 2022. Details