The licensing program for community association managers (CAMs), who engage in the business of handling certain matters on behalf of the executive boards of common interest communities, was created in 2013 and sunsetted on July 1, 2018.

Section 1 of the bill recreates and reenacts the CAM licensing program and the duties and responsibilities of the division of real estate and its director with regard to CAM licensing, as they existed on June 30, 2018, with amendments reflecting an extended sunset date of September 1, 2024, and the recommendations of the department of regulatory agencies as contained in its 2017 sunset report as well as other changes. The changes made in accordance with the sunset report are:

Additional changes include the creation of a 7-member advisory committee to make recommendations to the director of the division of real estate regarding changes to the rules, adoption of guidelines and processes for the handling of complaints, the private credentials that are acceptable as part of the licensure qualifications, and other matters on which the director seeks input.

Section 3 duplicates and carries forward all of the preceding content as part of the recodification of title 12, Colorado Revised Statutes, by House Bill 19-1172.
(Note: This summary applies to the reengrossed version of this bill as introduced in the second house.) 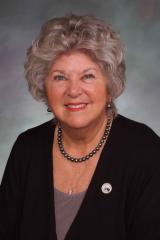 Introduced
Passed
Did Not Become Law