The bill defines 'petitioner' to mean a natural person or entity that seeks state district court approval of a pilot project in accordance with the bill and defines 'pilot project' to mean a one-time project for approval by a state district court of a municipal incorporation to facilitate the creation of a model for a sustainable community with significant affordable housing.

The petitioner commences the process for acquiring a waiver by filing an application with an appropriate state district court. The application must be supported by the formal endorsement in writing of any 2 of the following 3 individuals in office as of the time the application is submitted to the district court:

This formal endorsement must include a statement from the applicable elected official on his or her official letterhead as to why he or she believes approval of the pilot project is a model for sustainability and affordable housing while also being in the best interests of the people of the state.

Once a single waiver has been granted by a state district court under the bill, no additional waivers may be granted for any land area in the state under the bill unless the waiver has been approved by the general assembly by bill including the signature of the governor in accordance with all regular legal procedures and additionally by each of the 3 elected officials in accordance with the requirements of the bill.

Upon the entry by a district court of an order issuing the requested waiver and approving the pilot project, the pilot project is designated a town and as of that date possesses all of the rights, powers, and duties delegated to or imposed upon the towns of this state as provided by law, including powers relating to land use, zoning, and related matters. The territorial boundaries of the town are coterminous with the land area of the pilot project as specified in the waiver application.

Not less than 90 days after entry of the order, one or more owners of real property located within the territorial boundaries of the town, acting singularly or in combination, as applicable, are required to appoint 5 individuals to serve as the members of a town commission. The commission serves as the governing body of the town, and possesses all of the powers and duties possessed under law by a town council, until such time as the town elects a town council and other elective officers. The term of office of all such commission members is 4 years; except that the term of office of members of the commission may terminate earlier than 4 years upon the election of the town council and other elective officers at which time the commission ceases to exist. An individual need not be a registered elector of the town in order to accept appointment to the commission but any person serving on the commission must be a resident of the state.

The bill clarifies that the town possesses the same authority as any other government in the state to cooperate with or enter into an intergovernmental agreement with another government for the provision of any goods or services to assist in the development, management, operation, or administration of the town. 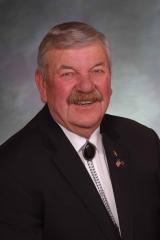 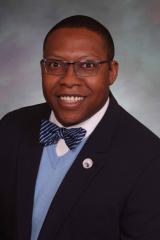