Even- and odd-numbered year elections.  State law clarifies the types of proposals that may appear on a statewide ballot in odd-numbered years.2  Odd-year election proposals are limited to state matters arising under TABOR.  These types of proposals include a new tax, a tax rate increase, an extension of an expiring tax, a tax policy change directly causing a net revenue gain, and emergency taxes.  They also include the creation of multiple-year fiscal obligations or debt, an increase in the assessment rate for a class of property, the weakening of a state limit on spending, and voter-approved revenue changes.  State law does not limit the types of proposals that are eligible for the ballot in even-numbered years. 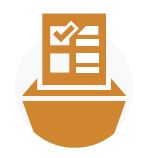 The Secretary of State’s Office also maintains an archive of election results at: http://www.sos.state.co.us/pubs/elections/Results/Archives.html.

The House and Senate are temporarily adjourned. The building is closed to the public.