The bill allows eligible electors in the town of Parker to elect to have all of the area within the boundaries of the town included in or excluded from the boundaries of the regional transportation district (district). The bill requires that for the election to go forward, 2 separate ballot questions must be presented to the electors, one regarding the town's inclusion in and one regarding the town's exclusion from each special district.

The ballot questions may be initiated by petitions signed by at least 5% of the voters, or the governing body may adopt resolutions to hold elections on the ballot questions. The ballot must include one question allowing the voters to vote for or against the inclusion of the proposed area in the district, and one question allowing voters to vote for or against the exclusion of the proposed area from the district.

If the voters elect to be excluded from the district, the exclusion takes effect on the earlier of December 31, 2050, or the date on which any district securities that were secured by the specific pledge of proceeds of sales taxes prior to January 1, 2021, are repaid. The district may continue to collect sales and use tax revenues within the boundaries of the district after the voters elect to be excluded and prior to the effective date of the exclusion, so long as the district provides a reasonably proportionate level of service to the town of Parker during that time. 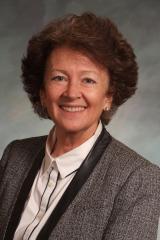