The bill implements changes to the Colorado constitution approved by voters at the 2016 general election that make it more difficult to amend the state constitution by: 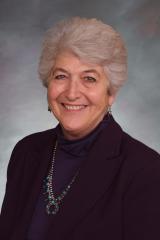