The act makes it unlawful for a person to threaten, coerce, or intimidate an election official with the intent to interfere with the performance of the official's duties or with the intent to retaliate against the official for the performance of the official's duties. The prohibition does not apply to an enforcement action taken by the secretary of state to enforce state election laws or to an enforcement action take by a designated election official against an election judge who has violated a statute, a rule promulgated by the secretary of state, or the election judge's oath.

An election worker may file a request with a state or local official to remove personal information from records that the official makes available on the internet. The request must include an affirmation under penalty of perjury that the election worker has reason to believe that the dissemination of the election worker's personal information on the internet poses an imminent and serious threat to the safety of the election worker. After receiving a request from an election worker, the state or local official is also required to deny access to the personal information in response to a request for records under the "Colorado Open Records Act"; except that a party to a record, settlement service, title insurance agency, mortgage servicer or mortgage servicer's agent, and an attorney engaged in a real estate matter may access records maintained by a county recorder, county assessor, or county treasurer. For purposes of this protection, "election worker" is defined to include a county clerk and recorder, county election staff, a municipal clerk, municipal election staff, the secretary of state, and the secretary of state's election staff but does not include an election judge or a temporary employee. 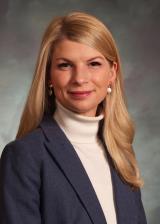