The act makes changes related to the requirements for various boards and commissions (boards).

Section 1 of the act includes standard provisions that generally apply to boards for which membership is based in full or in part on representation from the congressional districts of the state. Specifically, unless a statute or constitutional provision creating a board provides otherwise:

Sections 37, 42, 52, 60, 73, 85, 86, 90, 101, and 107 amend statutes governing boards for which membership is based on the number of congressional districts in the state. For each board, the total number of members is no longer specified. Instead, each statute provides for the appointment of members from each congressional district in the state plus, as applicable, additional members as is currently provided for each board. Provisions requiring staggering of terms and limits on the number of board members who may be affiliated with a single political party are amended to refer to a "minimum majority" of the board to accommodate any future changes in board membership resulting from changes in the number of Colorado congressional districts.

Section 133 repeals a statute that addressed the impact of redistricting on boards following the 2000 federal decennial census and a statute that adjusted the lengths of terms of members of certain boards in 1987.

The remaining sections of the act make changes to statutory provisions governing various boards with appointed members, including: 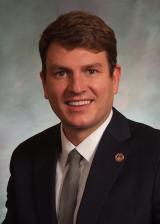 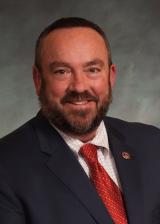