The bill prohibits the state and any state department, institution, or agency from taking any action against a county or municipality, including without limitation any action resulting in denial of a monetary payment or the provision of any other form of financial assistance in retaliation for action by the governing body of the county or municipality to abrogate the governor's order.

The bill requires the governing body of the county or municipality to notify the governor and any affected state departments, institutions, or agencies of the adoption of such resolution, ordinance, law, or rule. 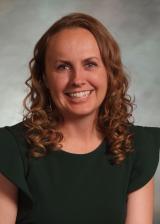