The bill requires a consumer reporting agency, upon written request from a consumer, to disclose to each consumer whose report contains information from criminal justice records:

The bill requires a consumer reporting agency to exclude sealed and expunged records from a consumer report, unless the user of the report demonstrates that the user is otherwise required to consider the information pursuant to law.

Currently, there is a process that allows for automatic sealing of criminal justice records for certain drug offenses. The bill extends that automatic sealing to all of the offenses, including civil infractions, that allow the defendant to petition the court for sealing criminal justice records that are not subject to the victims rights act. The bill streamlines the automatic record sealing process. The bill allows the district attorney to object to the automatic sealing of a felony offense that is not a drug felony and, if the defendant requests a hearing in that case, the court shall schedule a hearing to determine whether to seal the records. The bill requires the state court administrator to produce an annual report regarding automatic record sealing. During the 2023 and 2024 legislative sessions, the judicial department shall report on the progress of its implementation of the automatic sealing created by the bill, including as part of the department's SMART act hearing.The bill requires the district attorney, in the completion of diversion prior to charges being filed, to seal the diversion record without a court order.The bill provides that a defendant's and a district attorney's access to sealed records do not require a court order. The bill provides the conditions that must be met for a researcher to access sealed records without a court order.The bill allows a record to be sealed if the defendant still owes fines, court fees, late fees, or other court-ordered fees.The bill makes it an unfair employment practice to discharge or refuse to promote a person based solely on the contents of a sealed criminal record and makes it an unfair housing practice to refuse to show, sell, transfer, rent, or lease housing based on the contents of a sealed criminal record.

The bill requires the Colorado bureau of investigation to produce an annual report regarding record sealing.

The bill makes clarifying and organizational changes to the record sealing statutes. 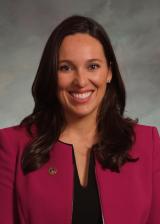 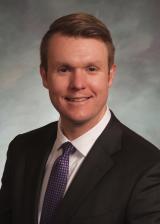